Note: Note: Construction, Real estate and GDP Growth rates were derived courtesy of National Bureau of Statistics published data as part of its reports covering the period of Q1 2016 – Q4 2020.

Real Estate Sector turns Positive in Q4 2020: According to the Q4 and full-year 2020 GDP data released by the National Bureau of Statistics, real estate sector marked a growth rate of 2.81% in Q4 2020 following six consecutive quarters of negative growth since the last growth posted in Q1 2019 (0.93%). The significant recovery in Q4 2020 reflects the full reopening of the economy to allow for residential and commercial construction. Overall, subdued activities in the real estate and construction industry had a spill over effect on the cement sector where growth slowed drastically as the impact of restrictive measures put in place during the second quarter was apparent in the financial performance of two key cement players (Dangote and Lafarge) as both top and bottom-line performances were pressured.

Landlords & Agents Adopt Measures to Curb Rental Defaults: COVID-19 pandemic has been largely acclaimed to be a leveller as businesses begin to emerge from the pandemic. Many of those whose operations were significantly impaired are facing rental defaults. According to market analysts, default rates cut across Low, Medium, and High-density areas due to setback in their businesses or loss of employment. Artisans and self-employed individuals were also affected. The rising default rates have prompted property owners to make hard choices on the type of tenants to be assigned their property by adopting diligent standards. The worst hit are commercial landlords and retail tenants as well as operators of event centres, restaurants, and clubs. Landlords are currently exploring eviction moratoriums for certain small business, commercial and residential tenants while some tenants are already facing eviction.

FGN to Construct 10,000 Housing Units in Kano: The Federal Government, on Monday, said it had concluded arrangements to construct 10,000 low-cost houses in Kano State, to enhance access to decent homes for Nigerians. The Management of Federal Housing Authority stated this during an inspection of the 500-hectare land earmarked for the project by the Kano State Government at Dawanau village in Ungogo Local Government Area of the State.

Infraco Set to Enhance Nigeria’s Infrastructure: The Nigerian Sovereign Investment Authority has said it will collaborate with the newly established infrastructure company to support the development of Nigeria’s infrastructure. Infraco is saddled with the responsibility of tackling the nation’s infrastructure deficit with projected N15 Trillion Naira Fund.

Recession Ends with Marginal GDP Growth:  Nigeria’s GDP grew by 0.11% in real terms in the fourth quarter of 2020, representing the first positive quarterly growth in the last three quarters. The GDP numbers recently released by the national bureau of statistics beat market growth expectations to end 2020 at slightly above zero percent with Q4 growth coming in at -1.92% (down from -3.62% in Q3 2020). Though considered weak, the marginal growth of 0.11% reflects a gradual return of economic activities following the easing of restricted movements and limited local and international commercial activities in the preceding quarters.

Herders-Farmers Conflict Threaten Food Security:  Nigeria could suffer a major food blowback in 2021 as the conflict between pastoralists and farmers morphs into regional theatres of conflict with regions of the Southwest and Southeast raising their heckles over what they see as the highhandedness of the federal government in resolving the matter of Fulani herdsmen encroaching on private farmlands in the southern part of the country.

Headline Inflation Inches further to 16.47%:  Inflation figures came in higher than expected, rising to record levels as January’s inflation figures increased by 0.72% to 16.47%, from December’s figure of 15.75% and 0.27% above market forecast of 16.2%. This is the 17th consecutive monthly increase and the highest level in nearly four years. The Manufacturers Association of Nigeria has described the January 2021 inflation rate of 16.47% as a threat to the envisaged manufacturing and industrial sectors recovery and growth.

Priorities for the Nigerian Economy in 2021:  Nigeria is at a critical point in its 60-year history and to make progress the economy needs to sustain focus on key areas such as, removal of fuel and electricity subsidies, harmonisation of citizen’s data, swift implementation of security reforms and sanitisation of the business environment, all of which are crucial in attracting investments into critical sectors of the economy.

FGN Plans GDP Rebasing for 2021: The Federal Government on Thursday said it had so far enumerated over 1.4 million establishments as part of the process to rebase Nigeria’s Gross Domestic Product. This was disclosed by the office of the Statistician-General of the Federation in line with the ongoing National Survey of Establishment.

FGN to Convert $25Bn of CBN Financing to 30-Year Debt: The federal government has set the terms for the conversion of its stock of central bank overdrafts into long-term notes in a bid to create transparency around its dependence the CBN as a source of funding.

CBN Issues Open Banking Framework:  The Central Bank of Nigeria in line with its mandate to promote financial system stability, has issued the Regulatory Framework for Open Banking in Nigeria. The framework establishes principles for data sharing across the banking and payments ecosystem, which will promote innovation, broaden the range of financial products and services, and deepen financial inclusion.

CBN’s Directive on Cryptocurrencies: Central Bank of Nigeria has instructed financial institutions to immediately close the accounts of persons or entities transacting in or operating cryptocurrency exchanges noting that such activities were prohibited with severe regulatory sanctions. In reaction to the policy, experts in cryptocurrency trading have raised alarm over a likely negative economic impact of the policy such loss of jobs and increase in cyber-crimes. The International Monetary Fund has thrown its weight behind the CBN in the latter’s decision directing banks to desist from transacting in/and with entities dealing in cryptocurrencies.

Crude to Hit $70 in Q2 2021: Goldman Sachs Group Inc. has raised its price estimates and is predicting that Brent will reach $70 a barrel in the second quarter and $75 in the following three months, $10 above its previous forecasts.

Consumer Confidence in Nigeria increased to -14.80 points in the fourth quarter of 2020 from -21.20 points in the third quarter of 2020. The Consumer Expectations Survey is based on a sample of 1800 households. Consumer confidence measures consumers’ tendencies and expectations for general economic conditions, job opportunities, and personal financial standing, as a determinant for disposable income availability and offtake for real estate and other services. The overall consumer confidence index is computed as an average of three measures: the outlook on macroeconomic conditions, family financial situation, and family income.

NMRC’s N10Bn Bond offers Vista for Mortgage Financing: Market enthusiasts have hinted at improvements for housing finance, following the listing of the NMRC’s N10 Billion fixed rate bond on the FMDQ Exchange’s platform. The 7.20% series three listing, which was under its N440 billion bond issuance programme is expected to increase liquidity in the mortgage sector and enhance access to affordable housing finance in Nigeria. At present, the high mortgage interest rate on the nation’s housing delivery has continued to be a source of worry for operators.

Urbanization and Implications for Housing in Lagos State:  Urbanization has been a key force of economic development throughout Nigeria and the world. Rural migrants are flocking to urban centres. This is particularly the case in Lagos state, Nigeria’s economic and industrial hub. Its urbanization rate is about 5.8% per annum; it was ranked the 18th largest city in the world in 2018. However, the urban planning and development policies driving Lagos’s megacity aspirations are disconnected from the livelihood realities of the majority in the state. It is important that Lagos places a higher priority on housing in its overall development plan, as most of its population are poor, rural migrants and slum dwellers.

Development of Nigeria’s Housing Sector Could Boost Economic Growth: According to analysts at leading Real Estate Advisory firm Northcourt, a vibrant housing sector is critical to achieving inclusive economic growth in Nigeria while addressing the problem of high unemployment if used as a strategic policy tool in Nigeria. 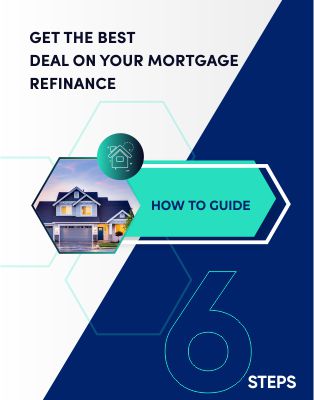 Get The Best Deal On Your Mortgage Refinance
81 downloads6 MB
×

Get The Best Deal On Your Mortgage Refinance

Get The Best Deal On Your Mortgage Refinance 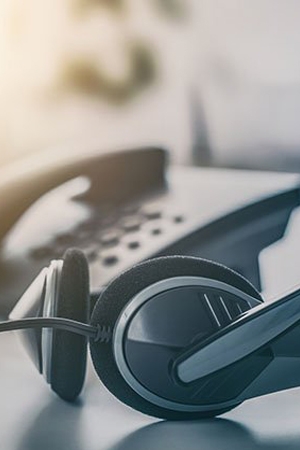 Kindly enter your details below and we will call you back.